Looking for your next freelance training contract?

As the keen-eyed among you may have noticed, I’ve recently been going back through some of my oldest blogs and updating them.

I had to smile when I came across this old article from 2011 when I’d sent out an informal survey to my list asking the question, What are the top three frustrations you have in your business right now?

It struck me that even though it’s a whole decade later (where did that time go?!) and so much has changed in the world, many of the worries of freelance trainers remain the same.

In particular, the survey I mentioned back in 2011 flagged up a common concern – namely “Getting over any issues I have with leveraging friends and old contacts for new work”. Time might march on but so many trainers still tell me that they feel this way.

Getting business through the people you know

We all know that one of the easiest and most effective ways of getting business is through the people you know. LinkedIn, for example, is built on the concept of six degrees of separation and tapping into your network to develop your career. Similarly, referrals can be fantastic for securing new contracts because they come hardwired with a personal recommendation.

I’ve blogged before about the fact that one of the exercises I often ask trainers to do is make a list of EVERYONE they know – and I mean EVERYONE! – especially if they are just starting out as a freelance trainer. It’s amazing how many connections we can come up with if we really put our minds to it.

What is much harder is doing something with it.

This is where the gremlins can start to kick in. Do any of these sound familiar?

I can totally understand those gremlins. I’ve had all of them myself. And on the days when I had them, I just stared at my list instead of doing anything productive.

Now I want you to know that those gremlins are lying to you!

About 18 months into my business I was, frankly, desperate for clients. I had just given up all my associate work as I was fed up of being paid peanuts. I had to do something. And fast.

I decided it was time to feel the fear but do it anyway.

So, I picked up the phone to call a lady who I used to coach before I went freelance. She was now working for a large consulting firm. I got straight to the point and asked her if she could introduce me to her HR Director.

And the answer? “Of course! If I’d have know that’s what you wanted I’d have done it ages ago!”

What had I been worrying about?

The reality was she didn’t think any less of me for asking. She didn’t think I was desperate and she was really only too glad to help someone who she considered would do a good job. It also meant her company had a trusted trainer on their books.

The result? A six-month contract to coach senior managers within the organisation.

That experience taught me a lesson that has been invaluable to me ever since. Stop second-guessing what people might think. The reality is that whatever you think they are thinking, they’re not. Get over your embarrassment and the fear of projecting an image of being less than successful. Pick up the phone. Just do it.

You may be amazed at the results.

(And, remember, contacting your friends, family and former colleagues doesn’t have to be a one-time-only thing. When was the last time you reminded people what you do? You never know who other people know and what contacts they might be able to pass your way.)

STOP! Before you go, have you downloaded your free copy of my ebook, 101 ways to get new clients, yet? 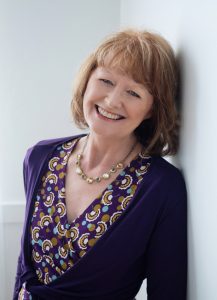 This website uses cookies to improve your experience while you navigate through the website. Out of these cookies, the cookies that are categorized as necessary are stored on your browser as they are as essential for the working of basic functionalities of the website. We also use third-party cookies that help us analyze and understand how you use this website. These cookies will be stored in your browser only with your consent. You also have the option to opt-out of these cookies. But opting out of some of these cookies may have an effect on your browsing experience.
Necessary Always Enabled
Necessary cookies are absolutely essential for the website to function properly. These cookies ensure basic functionalities and security features of the website, anonymously.
Others
Other uncategorized cookies are those that are being analyzed and have not been classified into a category as yet.
Advertisement
Advertisement cookies are used to provide visitors with relevant ads and marketing campaigns. These cookies track visitors across websites and collect information to provide customized ads.
Analytics
Analytical cookies are used to understand how visitors interact with the website. These cookies help provide information on metrics the number of visitors, bounce rate, traffic source, etc.
Performance
Performance cookies are used to understand and analyze the key performance indexes of the website which helps in delivering a better user experience for the visitors.
Save & Accept
Powered by